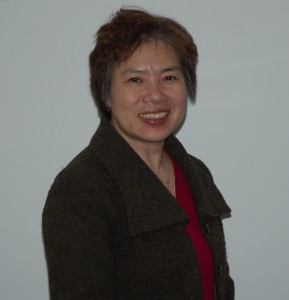 Joyce Kwan is an Instructor teaching two courses at Acsenda School of Management since July 2014. She taught at Trinity Western University for the 2015-2016 academic year, both on campus and online, where the online course is ongoing. She is a qualified secondary school teacher and teaches Mathematics for Vancouver School Board in the summers. She has taught four consecutive summers since 2013. Ms. Kwan spent three and a half years, teaching Mathematics for all grades of General Certificate Secondary Education (GCSE) in the United Kingdom (2006-2009).

Ms. Kwan is active in the academic research and is currently associated with a research group at York University, working towards to her PhD in Atmospheric Science. She has been an Environmental Scientist and Software Engineer in private sectors, and worked in the academic research of Meteorology, developing Mathematical Computer Models for solving environmental problems, such as investigating and estimating greenhouse-gases emissions from lake surfaces in Hudson Bay area in Canada and Siblyback Lake in the United Kingdom.

Ms. Kwan also actively participates conferences for education and in the field of Mathematics, and recently involved in designing contest questions for High School Math Contest in British Columbia.

Ms. Kwan teaches Business Mathematics and Fundamentals of Economic and Business Statistics at Acsenda School of Management. She also teaches an online course (Mathematics for Business) and has taught two courses on campus (Mathematics for Business and Linear Algebra) at Trinity Western University, Langley, British Columbia. Before relocated in Vancouver, British Columbia, she delivered a business course APICS (Inventory Control) for Adult Education in Ontario.